The research activity has continued interrupted during the past months despite the limitations imposed by the Covid-19 pandemic. BMPlus has been actively involved in assisting CNGV to carry out the planned tests.

The consortium carried out test for liners 4, 5 and 6. With liner 4, the burst test was carried out at the Slovenian site and BMPlus managed all the logistical aspects required by the activity. With regards the liners 5 and 6, fatigue tests were carried out with partial results.

Four new lines have been ordered. CNGV with the support of BMPlus will carry out the new tests to achieve the required approvals by ABS (American Bureau of Shipping).

The first of these liners is already available and hydroforming is currently underway, followed by winding with the composite and curing. Autofrettage and burst tests were planned for the vert same cylinder at the Slovenian site by June.

During July, the last 3 liners will be available. The partners will perform fatigue and burst tests. The tests are expected to be completed by this autumn. 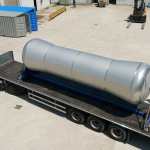 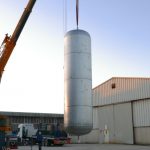 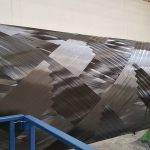 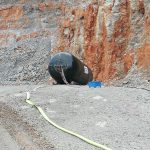 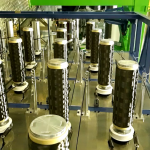