On May 23rd and 24th 2019, representatives of GASVESSEL partners CENERGY, VTG, SINTEF and Navalprogetti met in Trieste at Navalprogetti offices to discuss gas loading/unloading facilities of the CNG ship.

The agenda of the meeting was the following:

It has been confirmed that, in every scenario, the CNG ship will be supplied with gas from the field or from the FSU (floating storage unit) at 240 bar and 25°C of temperature, free from water and sulfur dioxide.

The compressors on board the CNG ship, in the loading phase, will bring the pressure to 300-320 bar (depending on the temperature) to increase the cargo capacity of the ship and therefore the quantity of gas transported. The same compressors will be used for stripping the gas pressure cylinders during the unloading phase down to a residual pressure of about 30 bar.  Residual pressure between 30 and 50 bar is determined in order to limit the unloading operations to commercially and economically reasonable time. 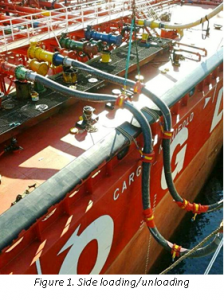 CNG ships will be of two types: 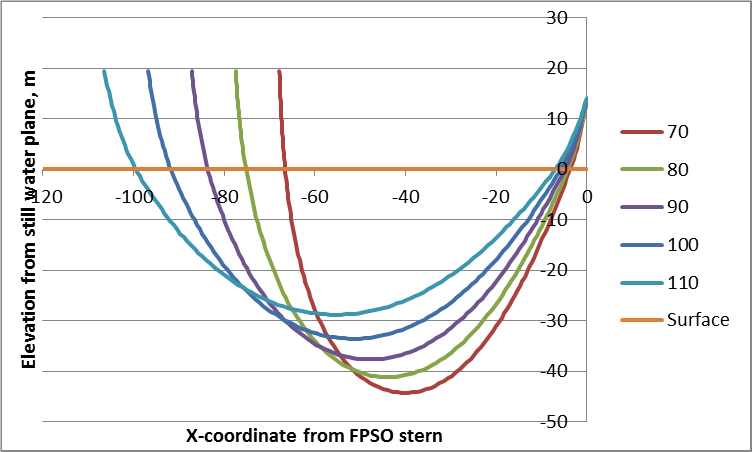 Figure 3. Static hose profile, the distance between the FPSO and Tanker varies from 70 m to 110 m. FPSO at right side, Tanker at left side. (Courtesy SINTEF)

Independently from the loading/unloading method, hoses belonging to the FSU or to the mooring jetty are part of the upstream or downstream costs, out from the midstream waterborne transportation costs.

Navalprogetti presented documents to the partners about the emergency connect/disconnect equipment received from the specialist company MIB Italiana SpA and a summary of hose manufacturer Contitech. In conclusion, the first day SINTEF representatives gained a substantial amount of information necessary to get in touch with Technip and receive the comments and judgement from a worldwide first-class EPC contractor in the oil and gas field.

In the course of the second day CENERGY, VTG and Navalprogetti discussed the loading/unloading facilities that are slightly different based on the requirements of the three Scenarios. 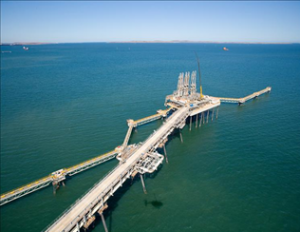 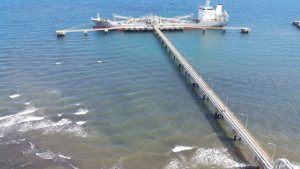 Departure and arrival points (respectively Poti in Georgia and Yuzne in Ukraine) require the construction of a mooring jetty fitted with loading/unloading arms and hoses.

Gas storage facilities, compressors, pressure reduction equipment, etc. on both side of the Black Sea route leg will be object of the study in progress in on the loading/unloading facilities by GASVESSEL partner VTG.

While the Black Sea scenario foresees a gas delivery from onshore to onshore, the two scenarios here above refer to an offshore natural gas source and onshore gas delivery. In this case, loading/unloading facilities will be different and the relevant scenario for this equipment will consider the presence of an FSU while the unloading terminal could be the same foreseen in Black Sea.