You might be thinking, “Why should I care if temperatures go up another half a degree or one degree? Temperatures go up and down all the time. What difference does it make?” The answer is, a lot. Higher temperature thresholds will adversely impact increasingly larger percentages of life on Earth, with significant variations by region, ecosystem and species. For some species, it literally means life or death.

It’s a fact that all natural and human systems are sensitive to climate warming in varying degrees. To assess the likely impacts of global warming on our planet at various temperature thresholds above pre-industrial levels (considered to be the time period between 1850 and 1900), the Intergovernmental Panel on Climate Change (IPCC) released a Special Report on Global Warming of 1.5 Degrees Celsius (2.7 Degrees Fahrenheit). The IPCC is the United Nations body tasked with assessing the science related to climate change. 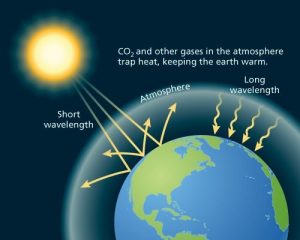 NASA data were critical to enabling understanding of how each half degree of warming will impact our planet.

By limiting global warming to 1.5 degrees Celsius, up to half as many people around the planet may experience water stress caused by climate change, depending on future socioeconomic conditions. The degree will vary from region to region. People in river basins, especially in the Middle and Near East, will be particularly vulnerable.

The report says that since the pre-industrial period, human activities are estimated to have increased Earth’s global average temperature by about 1 degree Celsius (1.8 degrees Fahrenheit), a number that is currently increasing by 0.2 degrees Celsius (0.36 degrees Fahrenheit) every decade. At that rate, global warming is likely to reach 1.5 degrees Celsius above pre-industrial levels sometime between 2030 and 2052, with a best estimate of around 2040.

Warming that’s already been introduced into the Earth system by human-produced emissions since the start of the pre-industrial period isn’t expected to dissipate for hundreds to thousands of years. That already “baked in” warming will continue to cause further long-term changes in our climate, such as sea level rise and its associated impacts. However, the report says that these past emissions alone are not considered likely, by themselves, to cause Earth to warm by 1.5 degrees Celsius. In other words, what we as a society do now matters. The urgency with which the world addresses greenhouse gas emission reductions now will help determine the degree of future warming; in essence, whether we’ll be hit by a climate change hardball or a wiffle ball.

“What we see isn’t good – impacts of climate change are in many cases larger in response to a half a degree (of warming) than we’d expected,” said Shindell, who was formerly a research scientist at NASA’s Goddard Institute for Space Studies in New York City. “We see faster acceleration of ice melting, greater increases in tropical storm damages, stronger effects on droughts and flooding, etc.

NASA’s global climate change website, and its vital signs section, document what a 1-degree Celsius temperature increase has already done to our planet. The impacts of global warming are being felt everywhere, from rising sea levels to more extreme weather, more frequent wildfires, and heatwaves and increased drought, to name a few. Because our society has been built around the climate Earth has had for the past approximately 10,000 years, when it changes noticeably, as it has done in recent decades, people begin to take notice. Today, most people realize Earth’s climate is changing.

For all living organisms, the faster climate changes, the more difficult it is to adapt to it. When climate change is too rapid, it can lead to species extinction. As greenhouse gas concentrations continue to increase, the cumulative impact will be to accelerate temperature change. Limiting warming to 1.5 degrees Celsius decreases the risks of long-lasting or irreversible changes, such as the loss of certain ecosystems, and allows people and ecosystems to better adapt.

Why are global temperatures increasing?

Greenhouse gases trap heat and make the planet warmer. Carbon dioxide (CO2) is the primary greenhouse gas, responsible for about three-quarters of emissions. It can linger in the atmosphere for thousands of years. In 2018, carbon dioxide levels reached 411 parts per million at Hawaii’s Mauna Loa Atmospheric Baseline Observatory, the highest monthly average ever recorded. Carbon dioxide emissions mainly come from burning organic materials: coal, oil, gas, wood, and solid waste. About 149 billions of cubic meters of natural gas was flared in 2016 at oil production sites around the globe according to the Global Gas Flaring Reduction Partnership (GGFR). When gas is flared it releases millions of tons of CO2 to the atmosphere. Removing of 1b m3 of flared gas can reduce GHG emission by 2.7 to 3 million tons. With GASVESSEL, a cost-efficient and flexible solution is under way to help make use of associated gas because human activities are responsible for almost all of the increase in greenhouse gases in the atmosphere over the last 150 years, therefore it is our responsibility to take action now. The largest source of greenhouse gas emissions from human activities is from burning fossil fuels for electricity, heat, and transportation. GASVESSEL is an important solution for eliminating GHG emissions from associated using coal for power generation. 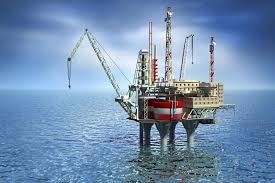 In an ideal world, this energy could be provided through 100% renewable energy: in such a world, CO2 emissions could be an avoidable consequence of development. However, currently we would expect that big portion of this energy access in the next decades will have to come from fossil fuel consumption and we need all hands on to minimize an impact of world economy dependence on fossil fuel use. As an alternative to generating electricity by burning coal or liquid hydrocarbons, natural gas helps to move toward a more sustainable energy path.